Everything You Need to Know about Stems

Whether it’s music, film or game audio – anyone involved in sound production will sooner or later have to deal with stems. They form an elementary basis for archiving, exchanging, and providing sound mixes and are included in most delivery specifications of labels and production companies nowadays. It is not uncommon, however, for inexperienced engineers that these deliveries result in annoying extra work (and unpaid overtime) because of bad signal management and archiving. This can be avoided!

This article is intended for anyone who wants to professionalize their audio workflow regarding stems.

Stems are partial mixes that result in the original mix when you sum them up again. The goal of stems is to enable remixing, remastering or alternative versions, which would not be possible on the mix sum alone. However, the mix should remain completely reproducible at best.

Although the terms are often mistakenly used synonymously, stems are by no means to be confused with “multitracks” (single tracks)! Multitracks are all the individual signals of a project, i.e. the entire raw material from which a mix is made. Depending on the project, this can be several hundred tracks! Stems, on the other hand, are groups of signals that have already been combined, and thus stems are significantly fewer tracks.

Another important difference is that multitracks are usually (largely) unprocessed, while stems contain the sound processing and levels of the original mix.

The right stems for every case

But what’s the best way to divide a mix into multiple stems? Well, it depends on the project and the purpose for which the stems are made!

The most basic division of a typical pop song consists of two stems: the instrumental (music without vocals) and the a cappella (vocals without music). This would be a conceivable division for a karaoke version or in case the song is to be re-recorded in another language. But if, for example, you want to make a remix and exchange the percussion, the separation into instrumental and a cappella is no longer sufficient. So, in most cases, it is necessary to divide into more than two stems.

Let’s take a look at a few typical scenarios in detail:

In stem mastering, the mastering engineer is provided with several stems in order to be able to intervene further in the mix. For this purpose, about 3-6 stems are usually quite sufficient. Drums, bass, vocals, and harmony instruments are suitable groups for stems because they often have somewhat different needs. Guitars or keyboards can usually be grouped together.

In the music world, “sync” stands for the use of music in conjunction with moving images, for example cinema, television, advertising film productions or video games. Here we work with stems, because in the context with picture often only individual elements of a song are used. The vocals and drums should be separate because these elements are particularly often muted so as not to distract from the image. The leading melodic instrument should also be provided individually to allow for a “stripped down” version of the song. If there are strings, they should also be exported separately. Film productions are usually created in 48 kHz, so for sync it often makes sense to export the stems already in 48 kHz to make it as easy as possible for the film sound team.

Whether it’s a dance remix or a Dolby Atmos version, a remix combines the signals in a new context and therefore tends to require a bit more creative intervention. Consequently, you are well advised to use about 12-20 stems for an average pop song. Reverb and echo channels are best provided individually so that the aural space can be redesigned. Separating rhythm and lead instruments also makes sense for most arrangements.

Admittedly, the live playback for stage performance is more of an alternative version than a classic stem export. However, several different arrangements of the playback are often needed when performing with differently sized casts. Stems are great for covering the different scenarios and making a new playback version on the fly whenever needed.

When it comes to bouncing stems, the experience of a professional engineer quickly becomes apparent. Most audio professionals set up their mixes from the start so that all common stem formats can be reliably exported in one single pass. So if you’ve been exporting stems in multiple runs, muting tracks, and bypassing plug-ins manually, you should definitely check out the following tips:

What to do with master processing?

The processing that takes place on the master channel is not part of the individual stem. This is because dynamics tools are mostly used on the sum. The dilemma here is that a compressor or limiter reacts to the incoming signal, so it behaves differently when confronted with an entire mix or only a portion of the signals. That’s why stems are not exported via the sum channel, but directly from the bus group.

With static EQ it’s different: if massive EQ-ing is done on the stereo sum, it may make sense to copy and paste the EQ to the individual stem groups when exporting the stems. But make sure that the order of the sound processing does not get mixed up! If in doubt, simply attach a screenshot or photo of your sum processing so that it can be reproduced with similar tools.

If you are working with an industry standard DAW, it is a good idea to transfer the stems in a DAW project and simply leave the sum processing in the session. Professional DAWs usually also offer the possibility to “freeze” tracks and groups. The plug-in processing is then included in a rendered version of the audio signal, but you can always go back to set the plug-in differently again. The most practical thing about this is that you can use “frozen” tracks even if you don’t have the corresponding plug-ins or devices at hand, and the CPU load is reduced as well.

Which format for delivery?

It makes sense to stay with the original sample rate of the project when bouncing stems to avoid quality degradation and unnecessary conversions. For example, if the project was produced in 96 kHz, the stems will also be created in 96 kHz. However, if the stems are created for a known application with a specific sampling rate (e.g. 48 kHz for a video production), it may make sense to perform the conversion to the required format directly at the bounce.

As for the bit depth, I recommend a resolution of 32-bit float. This is the resolution used by most digital workstations, i.e. the original format of the group tracks. Though, the main reason for this recommendation is that the floating-point format has a considerably higher headroom for level peaks than fixed bit depths, and any overs can be reversed later by simply reducing the level. It can happen in a mix that a signal group is actually overdriven and is protected or taken back on the mix sum (e.g. by a limiter). Since the overload protection of the sum processing is missing on the stems, the floating-point format is a good solution for maintaining level ratios without unwanted distortions or having to use additional limiters which might alter the original mix.

By the way, if there are deviating specifications or agreements for your project, you should of course adhere to these specifications so that all other trades can work with your material in the best possible way. When in doubt about the best stem format you should call your client or collaborators. So, all my tips are primarily intended for the many cases where there are no clear technical specifications, or the future use is not known.

A professional approach to stems is often crucial in order to be able to work flexibly with productions in the future. It seems that audio professionals with less professional experience tend to neglect this topic, which often leads to rework and delays. However, neglected stem work can also result in cancelled deals and missed career opportunities, for example when it comes to sync placements or remixing old tracks. In order to take advantage of such opportunities, the stems even of old tracks should always be available.

I hope this post has brought you some clarity for your workflow and saves you some work, so you can focus more on what really matters: your next production!

Feel free to leave a comment if you think I forgot an important aspect and please share your personal stem workflow and experiences with stems and routing as every engineer has his or her very own approaches!

HOFA-College’s online courses are perfect for you if you want to further your knowledge in audio engineering & music production and achieve better results in producing, recording, mixing and mastering. A high focus on practical exercises and mixes, regular feedback on your productions, support from studio pros and extensive learning material will help you to quickly reach your destination.
Compare the online courses › 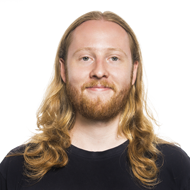 Christoph Thiers
Christoph Thiers has been active in the music industry for over a decade and has worked on hundreds of productions of various genres as recording, mixing and mastering engineer. His track record includes artists such as Die Fantastischen Vier, Sarah Connor, Birdy, Nathan Evans, RAF Camora and Boris Brejcha, as well as numerous awards and chart placements. He is also engaged in new media formats and artist development, acts as a consultant to indie labels, artists and start-ups alike and has been involved in various software developments for professional music production. In recent years, Christoph has specialised in immersive music production and handles Dolby Atmos mixes for international label clients and renowned indie artists.