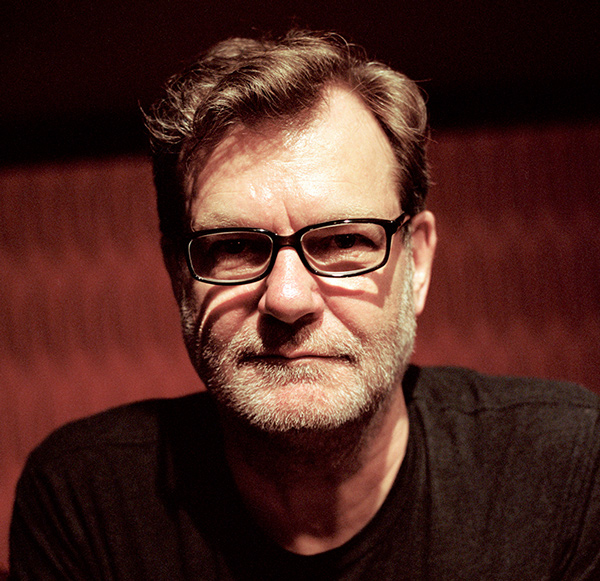 John Greenham has collaborated with numerous renowned artists from almost all genres of music in his more than 20-year career as a mastering engineer. He has been involved in successful albums and singles worldwide and has won several Grammy Awards for his work. His studio is located in Los Angeles, California and is considered one of the top addresses in the industry. 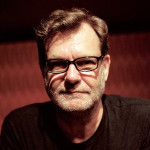 In an exclusive studio talk with HOFA-College tutor Simon Götz, John shares insights into his extensive experience in the music industry, as well as technical considerations and processes involved in professional mastering for successful artists of all styles.

John Greenham gives you these 5 tips for your career as a mastering engineer:

1. Develop your own sound

As a mastering engineer, it is important to develop your own unique sound. Then people will get in touch with you because they want a certain sound. John says: “Artists do suggest that they want to work with you based on other work that you have done.”

The key to a certain sound is to know the equipment that you are using very well – no matter what you are working with. It is important to know its strengths and weaknesses, the conditions under which it sounds good and when it does not.

In John’s opinion, this is also the reason for Billie Eilish’s success: For their first work they had no special equipment – and it won a Grammy. The reason it worked: they worked really hard and got to know the equipment they had really well, so they got the sounds they wanted out of it. In that sense, it’s not really helpful to focus on the most expensive equipment because it doesn’t necessarily give you the sound you want or allow you to develop your own sound. To achieve this, you have to be inventive with what you have.

In a nutshell, the goal of mastering according to John is: “Try to make [the song] so that it’s really engaging. That’s it. It’s all about the music we work on, it’s all about the artist, really, and we are just trying not to screw it up, hopefully.”

In a conversation with Grammy Award winning record producer and audio engineer Toni Maserati, he summed it up nicely: “When I send something to mastering, I want it to come back sounding better. It has to be better. Whether it’s a little bit better or a lot, I don’t care, as long as it’s better.”

2. Increase the dynamics in your song for louder masters

How loud your master will sound on a particular streaming platform is not really predictable in John’s experience. Among other things, it also depends on the style of music and the arrangement. If there are just a few elements – like a bass, a snare, some chords and the vocal – the music can sound pretty loud on the streaming platforms. In addition, “if you want your music to be loud, then build in quiet sections into the arrangement; then your average (level) will be lower (and the level won’t be lowered by the normalisation algorithm as much).”

Most mixes that John gets are already pretty loud. So basically, he does his best to make them sound as good as possible, without paying too much attention to the LUFS meter. He usually sends the finished masters to his clients in 44.1 kHz and 16 or 24 bit, to ensure compatibility to various playback systems.

3. Consider these tips when working with analog outboard gear

Good analog outboard gear can add something special to the sound and make it more interesting. Unfortunately, this kind of gear is expensive. Thus, from a business perspective, it probably only makes sense to invest in outboard if the return on investment is high enough to justify the expense – unless money is not an issue.

The main components of the analog system are: the converters, the cables, of course the analog outboard gear, and the clocking of the DA and AD converters (digital-to-analog and analog-to-digital). All of those components are important – it’s a system.

Going out of the computer, good digital-to-analog converters will make the analog gear work and sound better. Different DA converters work differently with distinct analog devices. Tube gear, for example, does often sound better with transparent sounding DA converters, because it needs a clean input signal, “otherwise it’s really going to get muddy”, says John. “So the converters are really important.” In John’s experience, contrary to some controversial discussions, also cables do make a difference: “Cables do have a big effect on the sound”, as he puts it. In addition, a good master clock for the converters also will make a huge difference.

Probably the most important part of the chain is the analog to digital conversion, going back into the computer. Pop music is pretty loud “and it has to knock. That’s why you have to push things quite hard”, says John. According to his experience, the magic of the whole process happens in the last half dB or so when bringing it back to digital. Summing however, he concludes after experimenting with it, is better in the box as compared to analog summing.

It can take quite some time to learn how to get the best sound of your system: First, you have to learn the levels at which you pass audio through your chain in order to hit the sweet spot of the analog equipment. For example, John likes the sound of tubes and uses a pair of tube EQs. On very loud mixes, he might use a solid state EQ, though, since tubes can behave a bit unpredictably at higher levels. Second, you have to figure out the best order in which to use the units in your chain. In addition, in John’s experience, it can take up to six months to a year, until you start to get “a sound” out of a certain piece of gear.

The big advantage of working in the box (in the computer) is that you can work from everywhere. When you work hybrid, you are tied to one place. Sound wise, it is possible to get very close to the analog sound in the computer, if you spend enough time, says John. However, there is something very special about certain outboard equipment which can make the music sound really interesting – and this can be priceless.

4. Focus on one monitoring setup

John mainly uses one set of speakers when mastering. When working on tight deadlines, comparing your work on many different sets of speakers can lead to confusion, as per the saying: “A man with one watch always knows what time it is, a man with two watches is never quite sure.” Additionally, he considers his current set of speakers (Kii Threes) to sound quite similar to headphones that most people use to listen to music these days. So he can understand what the sound will be on headphones or the smartphone, “because that’s how most people are going to come across the song.”

5. Network with engineers and artists

There are several ways to make a career as a mastering engineer. One option is to apprentice with a successful and well-known engineer, which makes it easier to enter the industry. If you are working on your own, it can take quite a long time to build up a network and your business. But if you stay persistent, you will eventually know enough people that you will always have something to work on. You need a big pool of potential clients, however, because some people only make a record every two years, for example.

The location where you work can also play a role. In cities where the music scene is more vivid, it’s easier to meet the right people, build a network and make yourself known. As a mixer or producer, it’s helpful to work with or feature artists who already have a fan base. By connecting with these artists on social media, you can get your name out there.

Probably the most important thing for your career is to build good working relationships with mixing engineers with whom you can collaborate on different projects.

In summary, it is crucial for aspiring mastering engineers to develop their own, distinct sound. To achieve this, you should master not only the musical, but also the technical side of music production.

This is why we have designed our audio engineering courses to contain a very high practical content, including detailed personal feedback on your mixes or masters in written form.

You can find the complete interview with John on our YouTube channel: 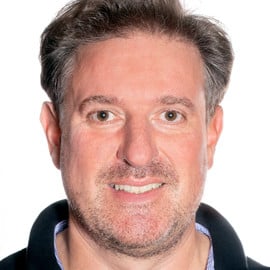 Marc Röhm
Marc Röhm is an audio engineer and tutor at HOFA-College. Ever since he first entered a studio to record with his band, he has been fascinated by audio engineering and everything related to it - this fascination has never left him since. Graduating as an audio engineer from HOFA-College laid a foundation for setting up his own studio, where he has since supervised various productions from recording to mix or master.